No products in the cart.

Diamond & Love.
A diamond’s definition is a precious stone, a formation of a clear and crystalline form of pure carbon, the hardest natural substance. No, it doesn’t sound romantic at all, until you see it in person.

Ok, try this: a strategic and high tech super material for our technological society that is formed in the earth’s interior and shot to the surface by extraordinary volcanoes. It is carbon in its most concentrated form, composed solely of carbon – the chemical element fundamental to all life, thus it is a native elements. It is also extremely pure, containing only trace amounts of boron and nitrogen. So, if Carbon is such a fundamental element of life, then pure Carbon is indeed very special.

Small numbers of diamonds began appearing in European regalia and jewelry in the 13th century, set as an accent point among pearls in splendid wrought gold.By the 16th century the diamond became larger and more prominent in response to the development of diamond faceting which enhances it brilliance and fire, and in the 17th and 18th centuries the diamond presided as the last word in representing all that was wealth, prestige and power. An act of Saint Louis (Louis IX of France,1214-70) that established a sumptuary law reserving diamonds for the king bespeaks of the rarity of diamonds and the value conferred on them at that time. Within 100 years diamonds appeared in royal jewelry of both men and women, then among the greater European aristocracy.

The earliest diamond-cutting industry is believed to have been in Venice, a trade capital, starting sometime after 1330. There is no recorded explanation for the European upsurge in the diamond’s popularity. Nevertheless, the huge import of diamonds during the 17th and 18th centuries is nothing short of revolutionary. And the tradition of giving rings in the engagement and marriage ceremony as tokens of everlasting love has taken the diamond into its present-day popularity.

And now, through the marvel of science, we are able to create a diamond, an actual diamond, similar in every aspect to nature’s best with added advantages. Lab-Grown Diamonds, also known as man-made diamonds are 100% conflict-free & eco-friendly and cost as much as 50% less than natural Diamonds. 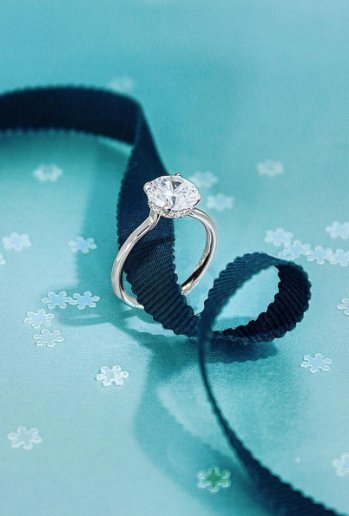 Take $100 off your first order when you sign up